Glow-worm recently took a group of its top installers to Vietnam. Stuart Duff reports from Saigon on the magic of the Mystery Trip, and the ethos behind it.

“It was a very simple decision… we should bring it back.”

Those of a certain vintage will remember the Glow-worm Mystery Trips of old; whisked away to a (more often than not) exotic location for a few days R&R. It was a talking point, a reward for brand loyalty, and in many ways a badge of honour.

The original incarnation of the trip ended in 2007 in fine style, with installers enjoying the sights and sounds of Cape Town. Its return this year – to Saigon, Vietnam – mirrored the changes that have taken place within the brand and among its installer base in the intervening years.

The old and the new
Spencer Clark, Glow-worm’s Commercial Director and the voice behind the quote above, explains the evolution: “We’ve been through a journey over the last few years. The reason [behind choosing Vietnam] was to show the contrast between the old and the new.

Those qualities of enthusiasm and energy were evident throughout the trip, whether it was navigating the Saigon river by speedboat or the city streets by Vespa (which is no mean feat bearing in mind there are an estimated 45,000,000 mopeds in Vietnam, and the rules of the road are patchy at best). And there’s no better place to see the future taking shape than from one of the many rooftop bars that look out across the skyline to Landmark 81, the 17th tallest building in the world.

But what of the old? We’re only 45 years on from the end of the Vietnam War, and the scars – both mental and physical – are still very much in evidence. Nowhere is this more apparent than in the Agent Orange room at the War Remnants Museum. It was a truly sobering experience that left many among the group moved to tears.

Away from the hustle and bustle of the city, the Mekong Delta offered the chance to enjoy life at a more relaxed pace. From making coconut candy the old-fashioned way to sampling traditional folk music, it gave an insight into a world largely unspoiled by modern living.

The installer’s view
One thing that really stood out from speaking to the installers was the genuine respect and affection for both the Glow-worm products and the team behind them. Craig Shaw, of Precise Plumbing Services, typifies this sentiment. He’s been a Glow-worm installer for around seven years and explains why the brand is his preferred option: “It’s the way the company works with us. They make you feel like family. If I need any support, it’s only a phone call away.”

This attitude is echoed by Dave Staniland of Jubilee Gas Services, who summed up the Mystery Trip experience perfectly: “It’s far outweighed anything I expected. You think when you’re taken somewhere that they’re going to look after you but this time they’ve gone above and beyond all expectations. Everybody I’ve talked to has said the same.”

And does Dave have any advice for installers hoping to claim a place on the trip in 2021? “Fit more Glow-worms!”

The golden ticket
As part of the build-up to the 2020 Mystery Trip, we gave PHPI readers the opportunity to win a place on the plane to Saigon. Our winner, Nik from MezCo Gas and Plumbing Services, deserves a special mention for generously gifting his prize to his apprentice, Luke, for all his hard work!

Watch the full video of the trip here

The 2021 Mystery Trip
The destination for next year’s Mystery Trip is indeed still a mystery – but wherever it may be, it’s sure to be a once-in-a-lifetime experience. And because the qualification requirements for installers are tailored to the size and type of your business, you’ll receive a personalised target that reflects what you do.

To be eligible, you’ll need to register on Club Energy.

Find out more at www.glow-worm.co.uk/mysterytrip 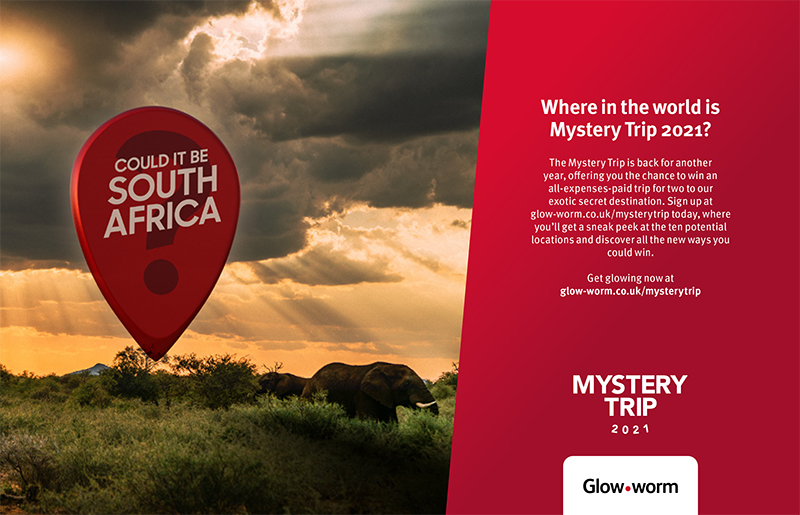