A PHPI straw poll run on Twitter has revealed that the majority of installers believe tradespeople should be exempt from having to self-isolate if pinged by the COVID-19 app. 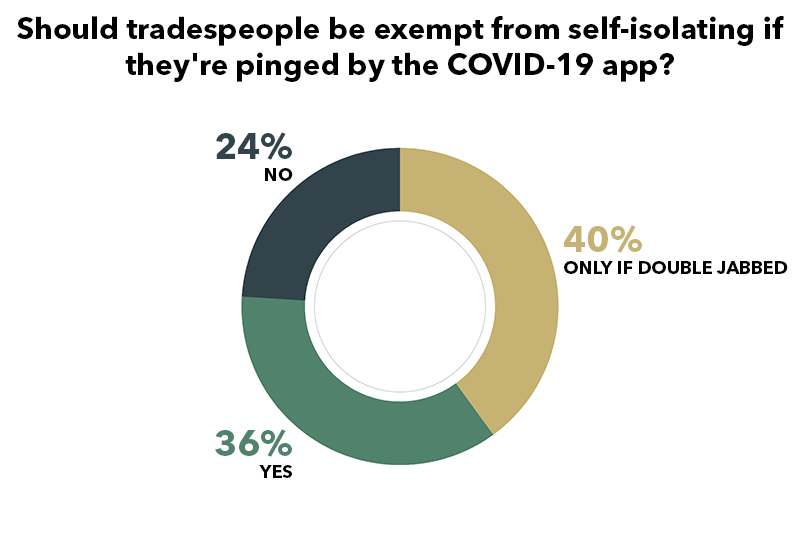 36% of respondents stated that tradespeople should be exempt, with a further 40% saying that they should be given exemption if they’re double jabbed. Only 24% declared that exemption shouldn’t be given. The pingdemic is reportedly costing installers thousands in cancelled projects.

0 0 0
Previous : Spear & Jackson | BoilerMagXC compact filter
Next : Plumbers to be most in-demand trade with homeowners set to spend £135bn on makeovers