TradesTalk has carried out a survey over the last few days to find out more about how the trades are coping with the Coronavirus outbreak.

Almost 100 people responded, and these are the results…

Are you currently working?
Just under 46% of the respondents aren’t working at all at the moment, 33% are only attending emergency call-outs, with the remainder still working.

Do you think the government guidance on whether the trades can carry on working is clear enough?
A whopping 65% do not think the government’s guidance is clear. One respondent said: “Some of the major sites have been told to stop. They have told us to keep 2 metres apart, but construction work has quite a lot of jobs that are two men jobs. Builders’ merchants have closed, except for essential services. So the government is telling us to work on, but we cannot get the materials to do so. It would better for the government to say stop everything, or tell the merchants to stay open so we can get supplies.” Another said: “Go to work if you can’t work from home Vs. Stay at home and only make essential trips?!?” 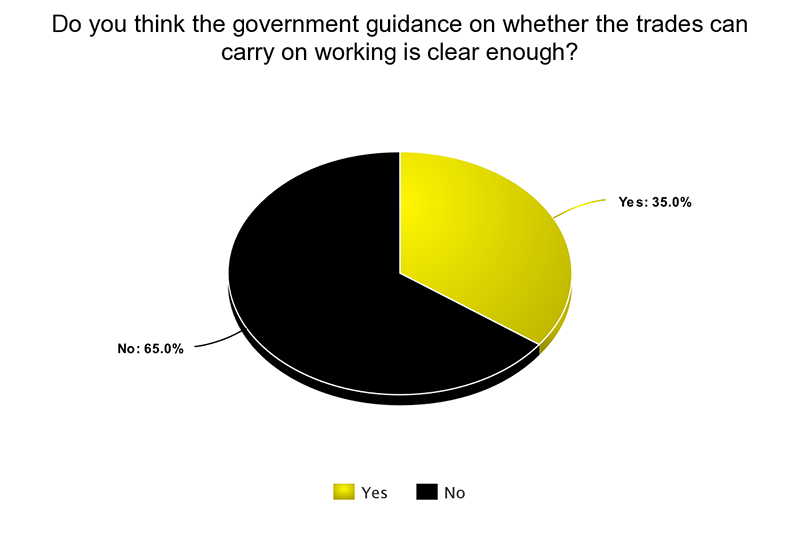 Are your customers still calling with non-emergency jobs?
The survey found that 44% of customers are still calling with jobs that wouldn’t be classed as an emergency. One respondent said: ” I am still receiving requests for quotes, however it is understood the work won’t be done for a little while.” Another said: “I’m being polite but ignoring it. I will not put myself or others at risk to fit an outside socket.” 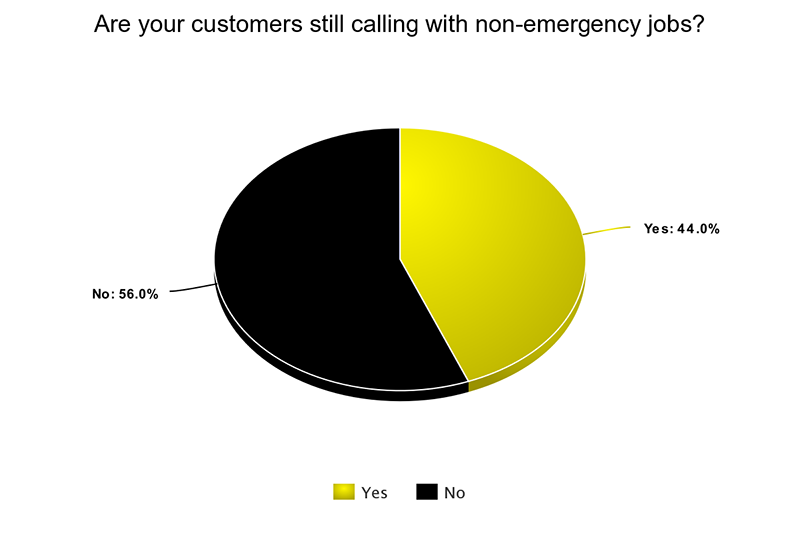 Will you be applying for financial aid from any of the government schemes? (eg the Coronavirus Interruption Loan Scheme or the Self Employed Income Support Scheme)
Just over half (55%) of our survey respondents said they will be applying for financial aid. One said: “Maybe, will have to see how the finances can hold up. I have never asked for handouts before and don’t want to do it unless I totally have to.” Another said: “I am the director of my building company. The government are not doing anything for the directors who don’t take a big wage and top themselves up with dividends.” 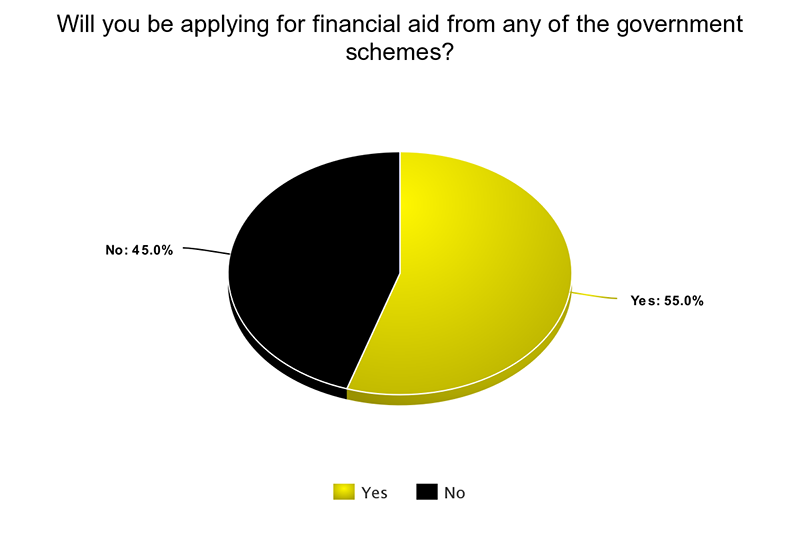 Will you be seeking other work, such as in a supermarket or food production?
Almost a third of the survey respondents said they would be looking for other work (or had already started).

Will you/are you be volunteering for the NHS or in the community?
Almost 45% said they would be volunteering in some capacity during the crisis. One said: “I have helped set up a local village street volunteer system, that today has announced 100% postcode coverage for 4000+ residents.” An other said: “I have offered my services to the government scheme and also to local firms doing hospital works or fitting out the makeshift hospitals. This will be FOC or payment donated to charity.”