GROHE kicked off its Tough Mudder #ShowerofChampions campaign with a bang after it was named the official shower partner of the endurance event that sees participants tackle a series of obstacles that test strength, stamina and camaraderie. The first events – which took place at London South and Clapham Common in September and October – drew in over 25,000 participants.

“Tough Mudder has been a huge success for GROHE. Engagement with our products and team at the event was beyond expectations. Hundreds of Mudders stood under our rainfall showers and experienced Grohe products first hand. Tough Mudder was all about aligning ourselves with individuals who push themselves to achieve what they didn’t know was possible. At GROHE we believe everyone should start their day with an epic shower experience and that really came across at the events,” says Ebru Bircan, Marketing Activation Manager at GROHE UK.

Joining in the fun at both events was the GROHE UK team, running the course alongside GROHE competition winners and organising mini challenges for participants and their supporters to enjoy as they relaxed after the course in the Mudder’s Village. The celebrations continued as Tough Mudder runners were invited to rinse off at the GROHE shower photo wall and, while doing so, strike their most prize-worthy poses. The Mudders who delivered the most impressive pictures were announced as the winners of GROHE bathroom products. 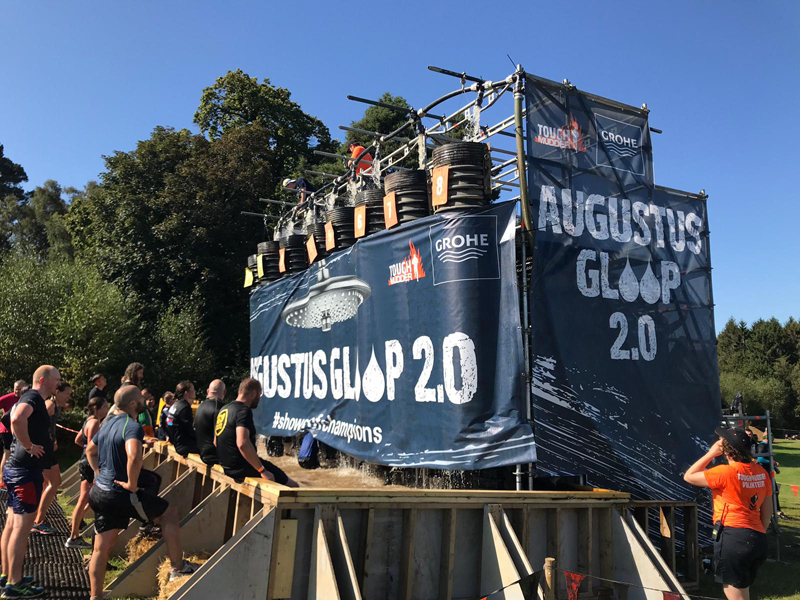 0 0 0 0
Previous : Plumber’s warning after near-fatal accident: “Just get home safe”
Next : Revealed: Liverpool is the most secure location for new plumbing businesses