OddsMonkey has compared footballers’ salaries with average UK wages since 1970. If you don’t want to know the result, look away now!

Research from OddsMonkey has shown that the earnings of a Premier League footballer playing once a week for three months is now equivalent to the earnings of an average UK person working for 50 years.

With salaries for plumbers, heating engineers and other trades tracking pretty close to the national average, according to stats published by comparethemarket.com and Good Move, it’s fair to say that Premier League players have left the rest of the nation behind!

Check out the key stats below… 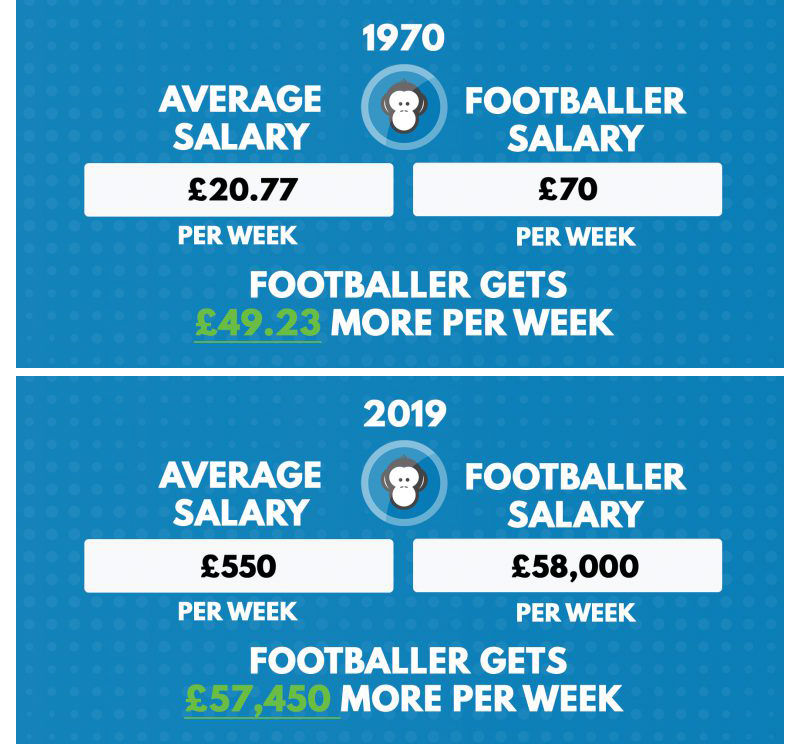 0 0 0 0
Previous : 46% of homeowners would only use a tradesperson recommended by friends or family
Next : PRODUCT FOCUS: Shower Power Booster