A new study by tado° has found that UK homes lose heat significantly faster than European neighbours, even when factoring in outside temperature.

The study, conducted between December 2019 and January 2020 in 80,000 homes, found that a UK home with an indoor temperature of 20°C and an outside temperature of 0°C loses on average 3°C after five hours. Compared with some Western European neighbours such as Germany, UK homes are losing heat up to three times as fast. This in turn results in British heating systems having to work harder to maintain the temperature.

The UK has the oldest housing stock in comparison to EU Member States with approximately 38% of its homes dating from before 1946, compared to 24% for Germany and Sweden. There are also regional differences in government programs to financially support retrofitting improved home insulation and energy efficiency in homes.

“The UK is a leader in smart technology adoption but is lagging behind Europe when it comes to energy-efficient homes,” says tado° Co-founder & CPO Christian Deilmann. “The good news is that there are lots of great solutions available and a huge opportunity for energy savings to be made.”

Home insulation and energy efficiency are key topics not just for homeowners and tenants but also for the government if it is to meet its ambitious CO2 reduction targets. Homes account for approximately 15% of the UK’s greenhouse gas emissions through their use of oil and gas for heating and hot water. These emissions need to be cut significantly by 2030 in order to help meet the UK’s legally binding climate goals, according to the Committee on Climate Change. 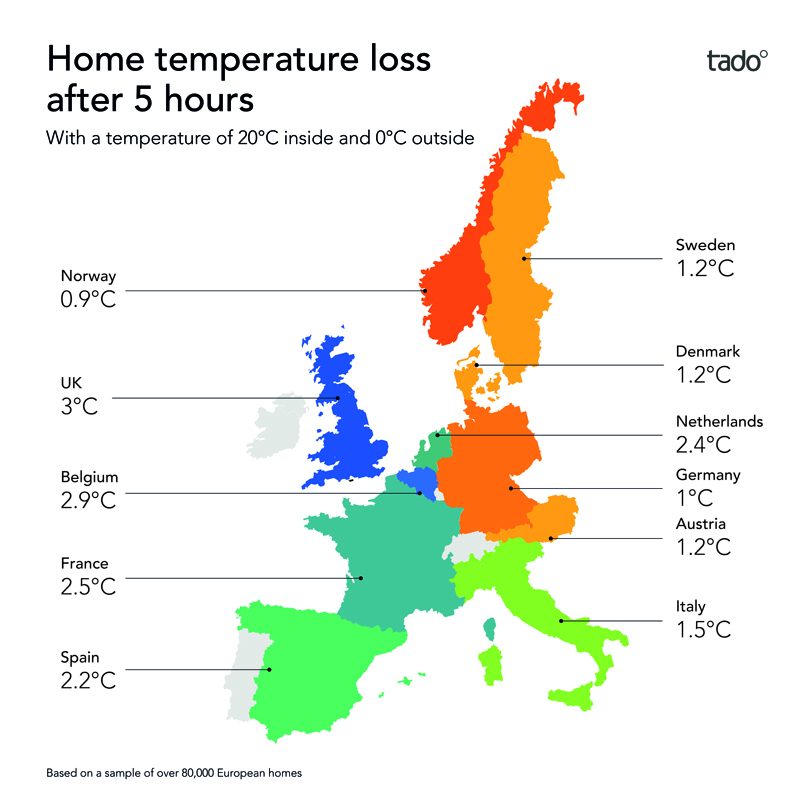