The construction industry has come together to help national charity Band of Builders transform the home of a chartered surveyor left paralysed after a fall at home.

Rob Lamb, 58, suffered a severe spinal cord injury when he fainted due to low blood pressure at home in October, leaving him paralysed from the chest down.

The quantity surveyor has not been home since then, moving from hospital where he underwent surgery to a rehabilitation centre in Oswestry over 80 miles from his home in Solihull which needed specialist adaptations before he could return.

After hearing about his situation, national construction charity Band of Builders stepped in to make the changes needed to make Rob’s home safe, comfortable and accessible. After several months of planning, a team of volunteers from around the country descended on the family’s home, where Rob lives with his three sons, on March 13th to make a range of adaptations.

In just nine days a total of around 60 tradespeople carried out a raft of changes including the creation of a downstairs bedroom and wet room, installation of underfloor heating and air conditioning as Rob’s body will now struggle to regulate its temperature. The project was made possible thanks to donations of materials and equipment from companies including project sponsor Tarmac Blue Circle, Band of Builders official tool partner DeWalt and Jewson, which has chosen BoB as its official charity.

Work included the installation of a state-of-the-art accessible kitchen from Magnet, including new appliances paid for by LionHeart, a benevolent fund for the Royal Institution of Chartered Surveyors (RICS) and their families. A new decking area was made using material donated by Talasey so Rob can access it, while other companies who donated materials and equipment included Gibbs & Dandy, Altro Flooring, and Huws Gray and Eclisse.

Rob, who was widowed when wife Julie died suddenly in 2017, lives with sons Callum, Gavin and Mackenzie, who plays for West Bromwich Albion’s youth team. Their sister Tara lives in America.

The dad-of-four returned to Solihull on Sunday for an emotional handover of his new ‘home’ with his three sons, who have all helped work on the house alongside Band of Builders.

Arriving to a bagpiper and cheers from volunteers as well as family and friends and neighbours, Rob was shown around his new house before he and his family presented Band of Builders with a cheque for £10,000 that they had raised in the run up to, and during, the project as a thank you.

Rob said: “It’s overwhelming. I thought they were doing two rooms – a bedroom and the wet room – but to see everything they’ve done is really overwhelming. At one point I thought I would maybe have to go into a care home temporarily so to be able to come back to my own home and for it to have everything I need really means the world.

“For so many strangers to give up their time to do this for me is amazing. It’s great to know there are good people out there who do things to help people like this.”

Affectionately known by many as BoB, Band of Builders is a registered charity that helps members of the UK construction industry battling illness or injury through the completion of practical projects.

Volunteers give up their time for free to work on projects, while materials are donated by companies across the construction industry. For Rob’s project, the site was kept safe thanks to COVID testing kits donated by OX Tools and PPE from Lee Brothers. Many more companies – local and national – donated equipment and materials, contributing to a project worth at least £100,000.

Tim Winch, who led the project alongside fellow volunteer project lead Craig Cashmore, said: “This is the biggest project Band of Builders has undertaken to date, and without the support from the industry we simply wouldn’t have been able to do it. A lot of the elements of this project are specialist to cater for Rob’s condition and we’ve had huge support in making sure we could create a safe, comfortable and accessible home.

“Alongside national support from our major partners and project sponsor, we’ve had donations and volunteers join us from local companies that really have helped make this project possible. At Band of Builders our motto is TogetherStronger and yet again, this project has shown what happens when the construction industry comes together to help one of its own. We wish Rob and his family well and hope this has helped make a difficult situation just that little bit easier.”

Check out a gallery of images from Rob’s Project below… 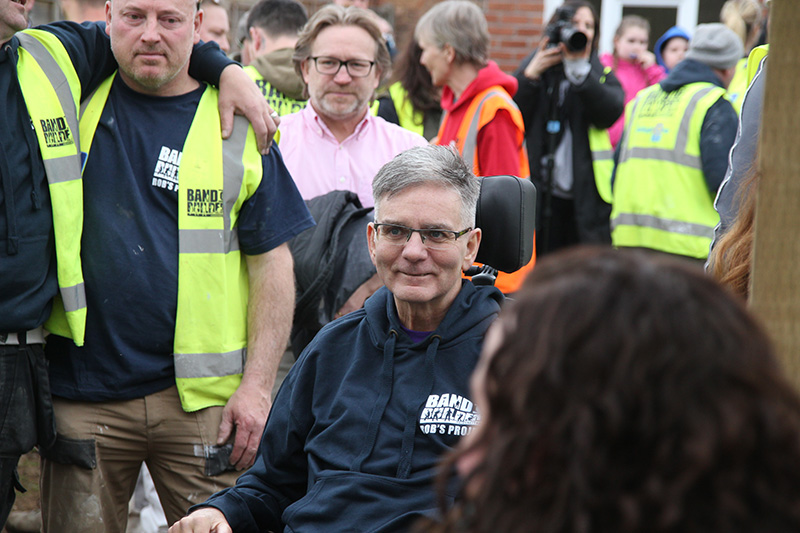 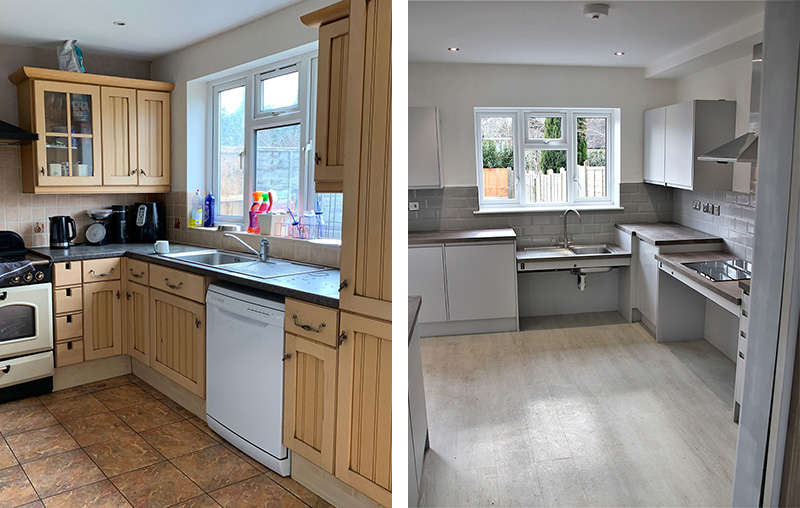 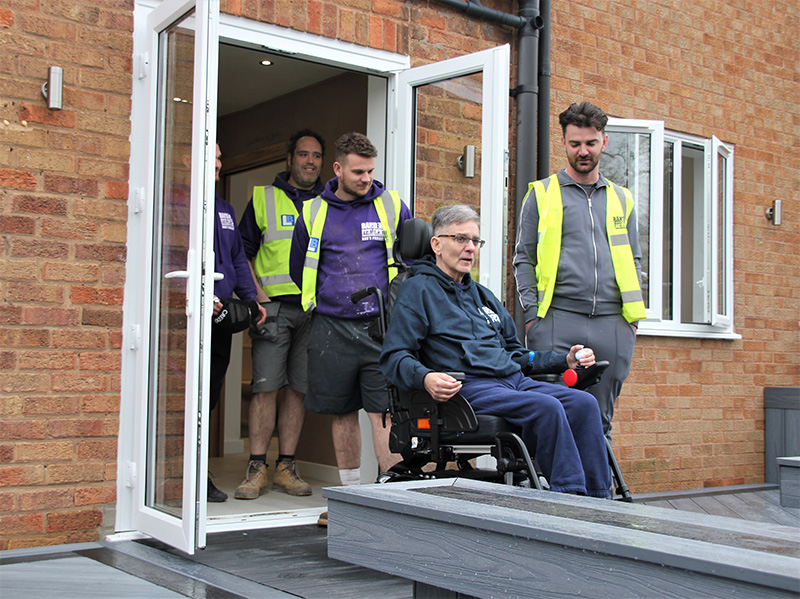 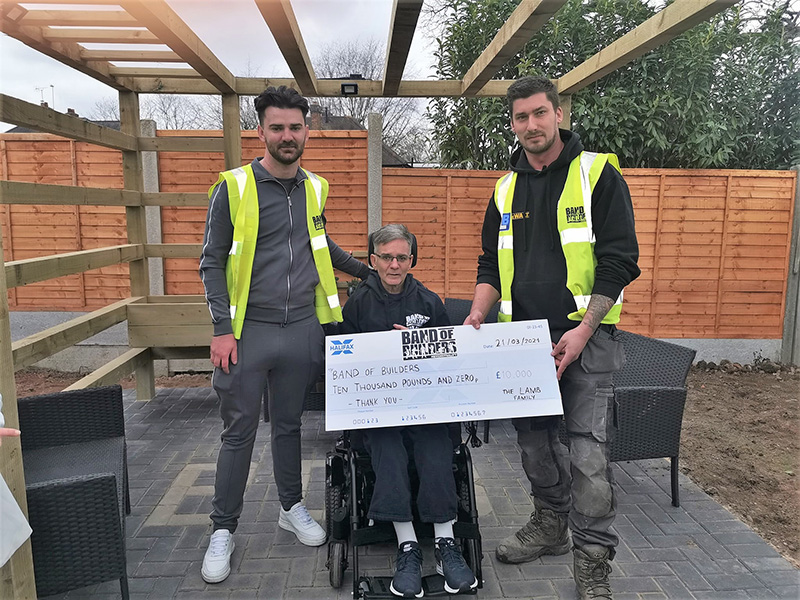 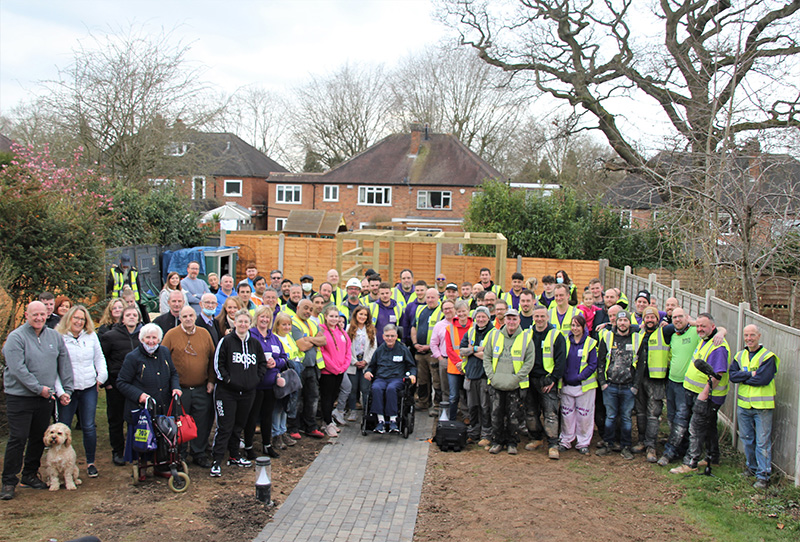