We take a look at Ford’s new Plug in Hybrid Transit Custom.

Range anxiety has been a particularly unwelcome passenger on just about every journey we have ever made in an all-electric vehicle, with weather conditions, a full load and the opportunity to put your foot down making a mockery of the manufacturer’s predicted returns on a full charge. Like the vast majority of tradespeople throughout the UK, give us a diesel and we know exactly where we are coming from and, more importantly, going to.

Ford knows this only too well and charged (see what we did there) its technology boffins to come up with a solution; one which would not only go some way to satisfying the environmentalists but also keep to an absolute minimum the compromises usually associated with the vehicle’s ability to perform as a super efficient work horse.

The answer is the Transit Custom Plug-in Hybrid (PHEV), which combines a 1.0-litre petrol engine with a powerful battery pack tucked away under the load bed, so that the vehicle’s cargo capacity of six cubic metres and payload weights up to 1,130kg remain largely the same. Battery charging can be completed using a standard three pin socket in around four and half hours, while a 16amp charger will give it a full charge in just over two and half hours. Range is around 310 miles, with 35 of those attributable to all electric, but the claimed and remarkable 91.7mpg will, of course, very much depend on how little or often the battery is charged up.

To the uninitiated, when fully charged it will set off in somewhat disconcerting silence, and quickly builds up a surprising turn of speed with an only just discernible hum. The surprisingly small HP engine itself is used exclusively for charging the electric motor, not the wheels directly, and there are a number of driving modes on hand to make the most of the hybrid set-up. It will particularly suit those whose work involves a lot of stopping and starting in urban areas and, whilst there’s plenty of power for motorway driving, it is considerably thirstier in this mode than a conventional diesel power unit. A clever built-in geofencing module allows owners to specify certain zones where the van will typically prioritise electric drive.

With no gears to worry about, a range of 300 plus miles and the car-like feel associated with the standard Transit Custom, the driving experience is certainly stress free. The suspicion, however, is that to maximise every last drop of juice out of it would take considerably more on-the-job driving experience than the four or so hours we mustered in a beautiful corner of north-east Sweden where they take clean air very seriously indeed… and, more importantly, are prepared to pay a hefty premium to safeguard it.

And therein lies the green credentials conundrum. At almost £40,000, it is considerably pricier than the equivalent diesel-based Custom, which currently dominates this sector of the LCV market in the UK. However, it must be said that technology in this field is still relatively young, and further refinements are expected to be implemented when full production begins in earnest. For those whose work rarely takes them out of town, and who are looking to make a green statement, this hybrid could certainly plug the gap before taking the plunge with a full electric drive. 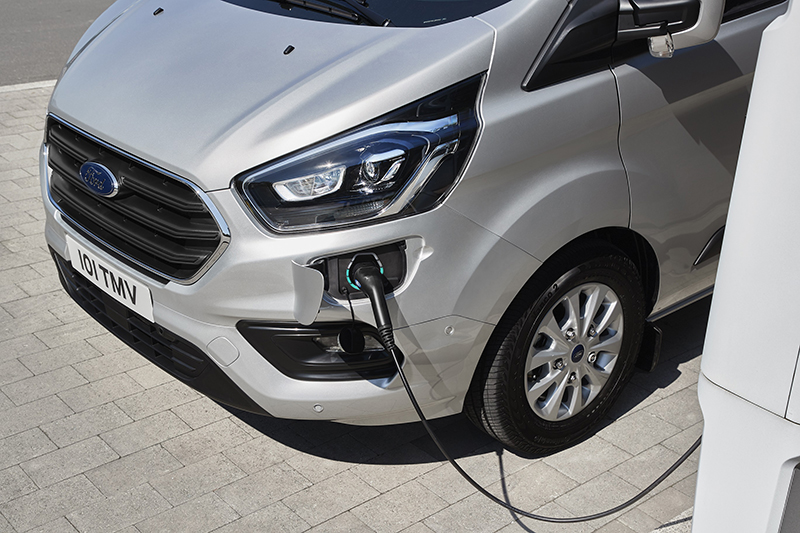