Research from Showerstoyou.co.uk, which surveyed 1,424 British homeowners, has identified the bathroom technology features that appeal most.

When it comes to the toilet, homeowners most desire a self-cleaning feature (83%), followed by a self-deodoriser function (55%) and the ability to generate a heated seat (31%.)

69% of Brits are vocal about digital controls for precise temperature, spray and timing as the tech trend they most desire in the shower, followed by mood lighting (55%) and built-in sound – presumably for a shower-sing-along – at 48%.

Similarly, mood lighting (66%) tops the list of features British homeowners would most like to see fitted in their bathtub, followed by a built-in scented mist dispenser (62%) and a built-in heated backrest (41%).

In terms of general bathroom tech, 62% of Brits’ surveyed by Showers to You selected temperature control/thermostatic smart control as the feature they would like to see in their bathroom.

Emerging tech
Elsewhere in the bathroom tech universe, emerging technologies are tempting homeowners everywhere with the promise of sanitising, warming (and cooling), health-conscious solutions. Fairly new to the market and oftentimes underpinned by a hefty price tag, these technologies aren’t commonplace essentials… yet.

Showerstoyou.co.uk asked homeowners which of these emerging technologies they’d most like to try in the future. Here’s the top five:
1 Sanitising bathroom accessories – 59%
Gadgets that use UV light to disinfect items like damp towels – leaving them fresh, fluffy and clean!

4 Virtual reality showers – 45%
This feature enables homeowners to project scenes – such as the beach, jungle or somewhere peaceful – within the washroom.

5 Cooled cabinetry – 28%
Essentially refrigerated bathroom cabinets, which allow you to keep medicines cool (should you wish to), as well as store drinks! 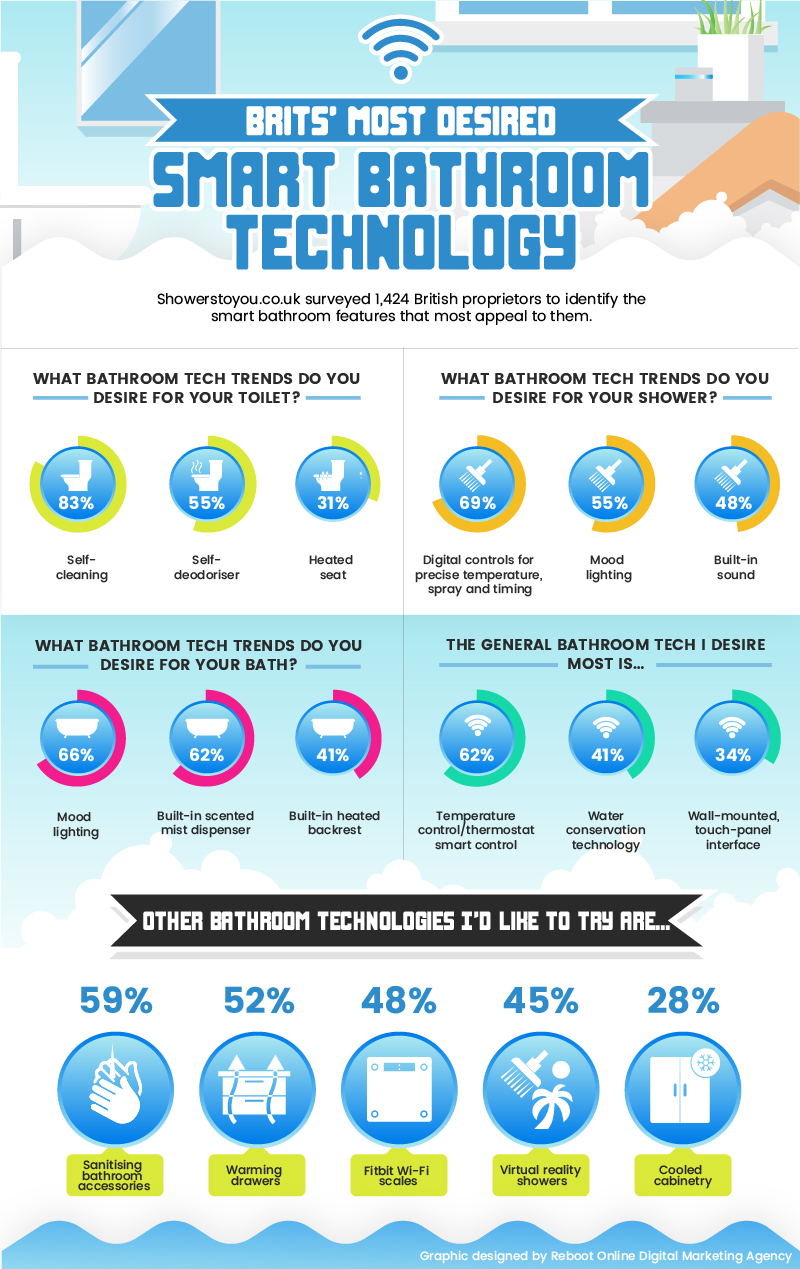 0 0 0
Previous : Over half of construction firms are family businesses
Next : PHPI’s Top Five – August 2019