Earlier this year I had a run of spirit level trouble which cost me half a day putting right a structure. I always check my level by turning it through 180°, but I didn’t check both ends for plumb. It wasn’t until I had built a dormer, and measured the wall plate both ends, that I discovered that one end of the level was not reading right. It was giving me a false reading which, although not much on the vial, translated to 10mm over 3m uprights. Admittedly, the level had been dropped once or twice, but nothing dramatic, so I was mystified as to how a vial can become so badly out of line. It was supposed to be a quality American level, but when I picked out the rubber ring I discovered that the whole roundel was turning. It must have been sealed with nothing more than a couple of dabs of super glue.

I then decided that I needed to talk to a few people about levels before I made my next purchase and in my quest, I came across Hultafors. This is a company that doesn’t do low-end tools so I figured that its levels would be no exception. It wasn’t until I started looking at the manufacturing and test procedures that I appreciated just what goes into these levels and it gave me a clearer idea of what I should be looking for.

You can start with the vial (or bubble) because this is what everyone looks at. The Hultafors vial has two shaded areas either side of the bubble, rather than the metal rings that are placed in many vials, so the only bit you are looking at is the bit in the middle, which is made lighter by the mirror which is moulded into the vial. The bubble is magnified 4x so people like me don’t have to reach for their glasses. The tolerance on the bubble is just 0.5mm. On some levels the vial glows in the dark, but in this level it is the bubble that glows not the surrounding bit, so when you see the whole of the bubble with no clipped end you know you are there. The vial has a 30-year warranty on the vial sealing. I showed the level to a carpenter mate and he dismissed it out of hand. He doesn’t like curved vials because they don’t react slowly enough. I then pointed out that it is only the magnification bit of the glass that is curved. If you view the bubble at eye level you will see that the vial is straight and the bit above is the lens. 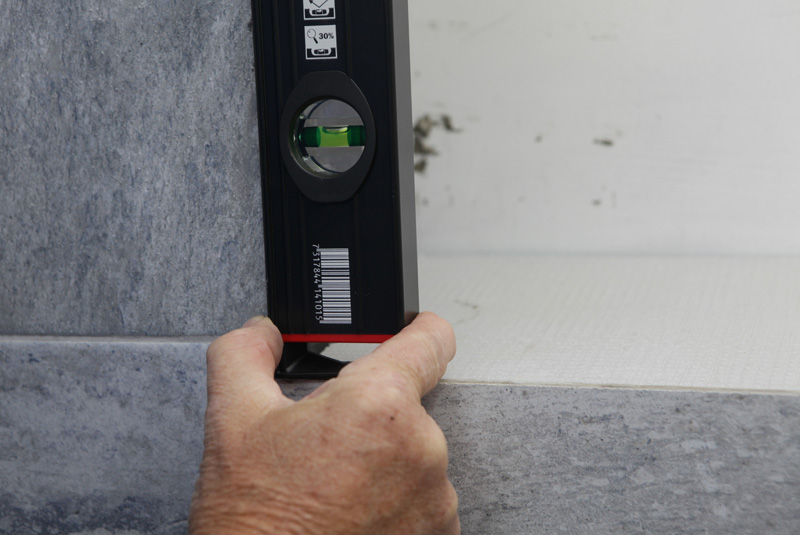 Another thing I found out is that vials are affected by electrical charges. If there is static or a strong electrical field, it can pull the bubble a long way off level. Hultafors uses a liquid with anti-static properties. There is also no chance of the bubble separating in this liquid. I tried to make it happen and couldn’t. I also used the level upside down because some are better than others in this respect. The accuracy and behaviour of the vial is the same either way which, being straight, it should be.

I am very glad to see that the levels I got for testing didn’t have a milled edge. I hate milled surfaces on levels because they clog up and you are forever cleaning the snots off. If you have a good extrusion with a reasonable thickness and some ribs there is no reason why it should distort unless you stand on it, and even if I did a milled edge would go with the bend, so it achieves nothing.

I mentioned at the beginning that I dropped my old level a couple of times – it happens, and most manufacturers put in some kind of plastic end cap to help absorb the shock. A lot of end caps are made of polypropylene or something else that doesn’t absorb much shock. Why would you make a shock absorbing end cap out of hard plastic? The end caps on the Hultafors level are a kind of synthetic rubber, with a hollow bit in the middle to allow the cap to deflect. They also seem to be very well fixed in, which is not always the case. I didn’t stand there and drop the level several times on the concrete to test the shock absorbency because that test was done in the laboratory with a variety of materials before they came up with this one. Of course, you do see people who put a level down and tap it with the handle of a lump hammer to level out a brick course which kind of negates the whole purpose of shock absorbers.

In the end a level is, or should be, a precision instrument and it deserves respect.