The government is facing a major consumer backlash over its plans for the mass roll-out of heat pumps to replace gas boilers, according to a new report.

The report, Too Close to Home, has been published by the Energy and Utilities Alliance (EUA). It shows that while consumers broadly support the government’s climate change efforts, there are deep concerns about the associated costs and disruption to homes due to the installation of low carbon heating technologies.

With some low carbon technologies such as heat pumps costing between £8,000 and £14,000, 80% of people said that this was either too excessive and they couldn’t afford to pay (54%), or that they would pay it only with financial support (26%).

Mike Foster, Chief Executive at the EUA, says the consumer needs to be the focus of the government’s home decarbonisation efforts: “The key issue here is affordability. The British public wants to ‘do their bit’ to deal with climate change, but the potential cost of the heat pumps to replace boilers is regarded as excessive. For many consumers a new boiler costing circa £2,500 is a major expense, but the installation of a heat pump and associated equipment, such as hot water tanks, will dwarf this. Unless there is a rethink the government risks a consumer backlash that will have a major impact on our ability to hit the UK’s climate change targets.”

Mr Foster continued: “The British public is sending a clear message that it cannot afford to install heat pumps and make all the surrounding alterations that need to be made, which could include insulation, water tanks and new radiators. Any government that attempts to force this through without significant financial support packages will be making a very brave, some would say reckless, decision. It is effectively the poll tax for heating.”

The report also shows that consumer choice in terms of energy sources is vitally important. 73% of consumers said it is important to keep both gas and electricity connected to their home, despite current government plans to ban all gas boilers by 2035. Gas is also currently the most popular fuel for heating, hot water and cooking in UK homes with more 21 million households on the mains gas network. Consumers welcomed initiatives such as hydrogen boilers, with 72% supporting efforts of UK manufacturers to develop low carbon gas boilers.

“It is clear that the consumer wants to retain a form of gas heating, such as hydrogen, delivered to them through the existing gas network. It is vital we give consumers a choice and avoid imposing decisions upon them. Heat pumps will be the choice for some, but others will not accept the cost and the disruption to their homes. I would urge the government to open their minds to a hydrogen future for heat, or their voters will want to see the government open their cheque books and pay the costs of net zero.”

To view the full the full report, visit eua.org.uk/too-close-to-home 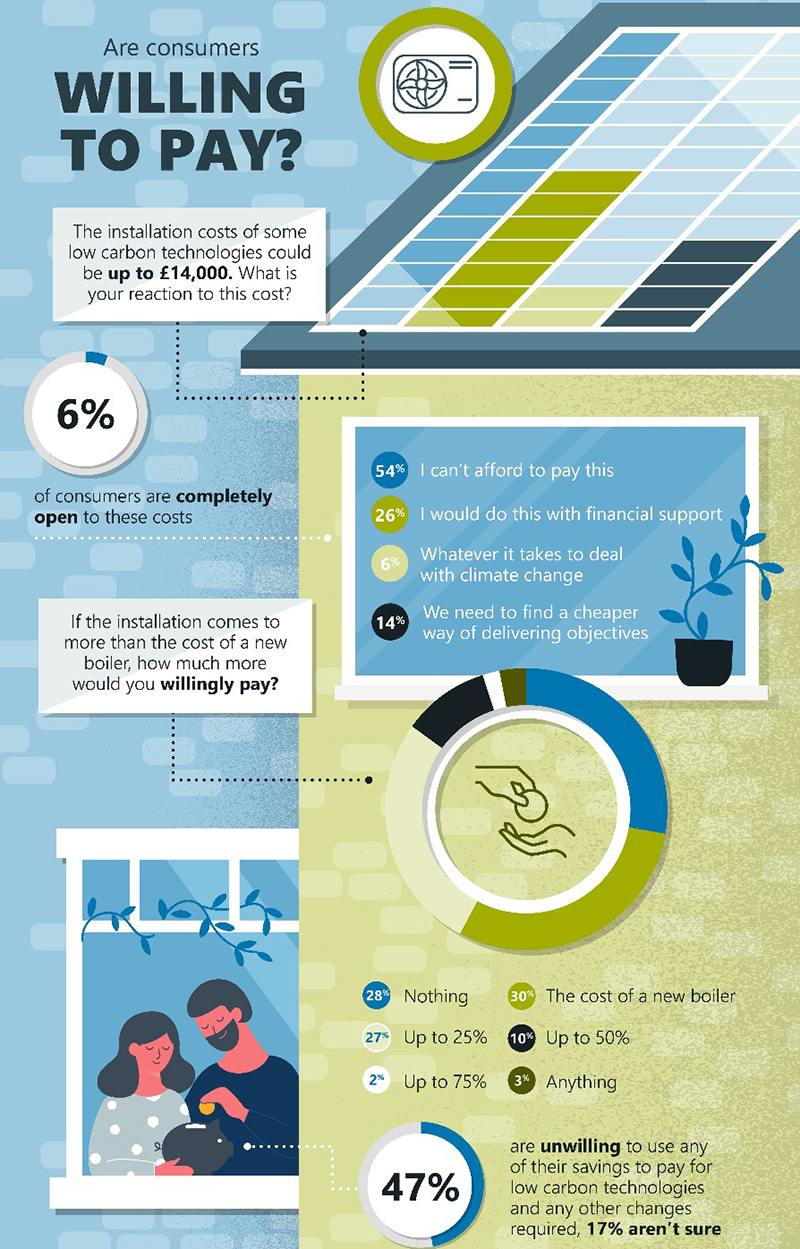