Martyn Bridges, Director of Technical Communication and Product Management at Worcester Bosch, explains why the manufacturer chooses to equip the majority of its boiler range with a wall-mounting frame.

We were recently sat in a meeting discussing the design of a future boiler and it was questioned as to why as standard, we equip our boilers with quite a lot of features that many other manufacturers don’t and tend to sell as an optional extra.

We’re one of the few manufacturers to do so, so it’s understandable that the question was raised. However, we’re renowned within the installer community for doing so and we feel it’s time to explain why.

As an example, let’s take the wall mounting frame. All of the Worcester wall-hung boiler range comes with a wall-mounting frame, which is also a pre-plumbing jig, accompanying the boiler within the carton. We started doing this in the 1990s with our boilers, and it’s become synonymous with the Worcester brand ever since. The only one that is the exception is our 2000 range, the entry level, lowest priced boiler.

Neat and tidy
The first reason for doing this is an aesthetic one. Boilers are usually positioned downstairs in a home, most typically in the kitchen or utility room. With few exceptions, the central heating flow and return pipework rises from the boiler into the floor of the bedroom/sleeping area and is routed through each bedroom and bathroom to feed the upstairs radiators. The pipework also feeds the downstairs radiators, individually “drops” from above, normally behind the curtains where possible. Quite often the hot water distribution pipework also follows the same route to feed the bathrooms. In fact, the only pipework that tends to drop from the boiler is the PRV and Condensate discharge and, more often than not, the gas pipe.

Most installers make a lovely job of this and are quite rightly proud of the straightness and precise clip positions. However, many homeowners don’t feel the same way and would rather see as little pipework as possible, especially as boilers are now being integrated into expensive kitchen designs, for example.

Pipe up
The wall-mounting frame allows installers to pipe the heating system up without the boiler actually being on the wall. This has two key benefits.

Firstly, if you’re installing in a cupboard, for example, you’ll want as much space as you can possibly get and if you’re in a confined space trying to pipe up the boiler whilst it’s on the wall with you, it will restrict your movement. The pre-plumbing ability is therefore space saving, making tricky installs far easier.

Secondly, it’s more secure. Our frame allows the installer to set up and test the installation for soundness without the boiler even being on site. This is useful for when working on building sites, where security may be a concern. It isn’t unusual to hear of materials being stolen, so this allows you to complete the installation of a heating system and bring the boiler in when the house is ready to be occupied – you’ll just need to tighten up the connections and you’re ready to go.

We also find this ability to take the boiler off the wall without having the remove the pipework from it quite useful in social housing applications, where it’s a house that has a high turnover of occupants. When the house is empty, it’s not an unusual story to hear of fixtures and fittings being stolen by opportunists. Local authorities like our boiler as they can remove it off site, locking it away until the house is occupied again. 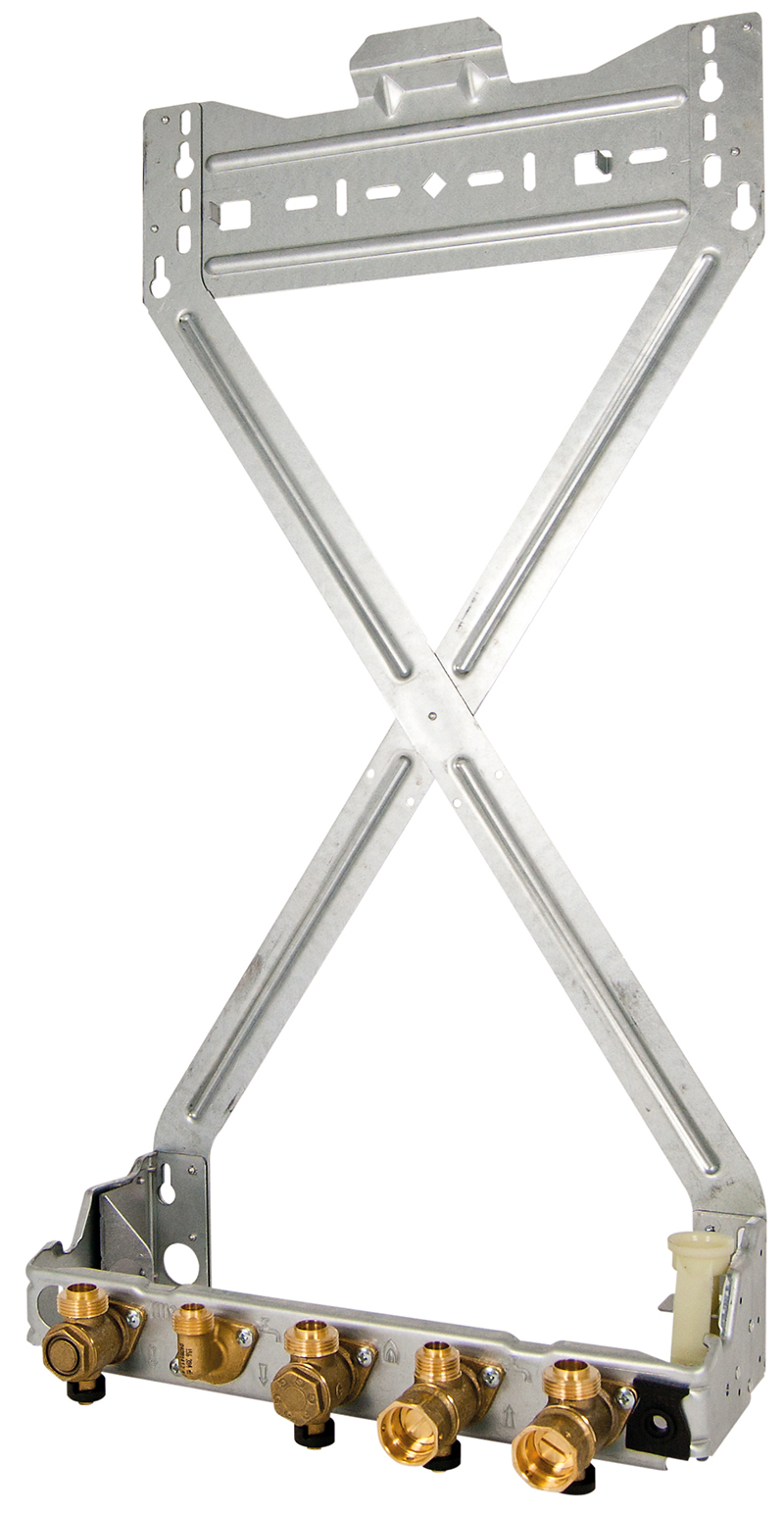