New research has revealed which trades like the strongest brew. Scroll down to see where plumbers rank in the list.

A study conducted by IronmongeryDirect asked 500 UK tradespeople to pick out their favourite shade of tea from a colour chart, and it was revealed that bricklayers have the strongest drinks.

Plumbers and builders followed closely behind in the rankings, who also prefer their drinks on the darker side.

At the other end of the scale plasterers have the weakest tea of all tradespeople, with joiners and landscapers not far behind.

However, it is electricians who drink the most of it. Nearly half (45%) of those in the electrical trade have four or more cups of tea a day. In contrast, builders and landscapers drink the least.

The average for UK tradespeople is three drinks per shift, totalling 15 cups a week, but this varies by region. Workers in Sheffield and Edinburgh have the most tea breaks, averaging nearly four per day, while those in Belfast have the fewest.

As well as generally favouring stronger drinks, the research also found that tradespeople tend to like their brews sweet. The most common way to take their tea is with two sugars (28%), with plumbers being the most likely to have a sweet tooth. Nearly two thirds (63%) of them have at least two spoonfuls.

Interestingly though, despite the stereotypes, it seems that tea is slowly going out of fashion amongst tradespeople. Each passing generation is drinking fewer cups than the last, with 18 to 24-year-olds having by far the lowest average of all the age groups, and over 65s the highest.

The young workers who do drink tea are considerably more likely to have sugar than their older colleagues. While 46% of the 18-24s surveyed have two or more spoonfuls, this drops as low as 17% among 55-64s and 19% among over 65s.

Dominick Sandford, Director and Head of Merchandising & Marketing at IronmongeryDirect, said: “Most people will offer tradespeople a hot drink as soon as they enter their home, but it’s interesting to see that this long-standing tradition may be dying out, with younger workers drinking far less tea.” 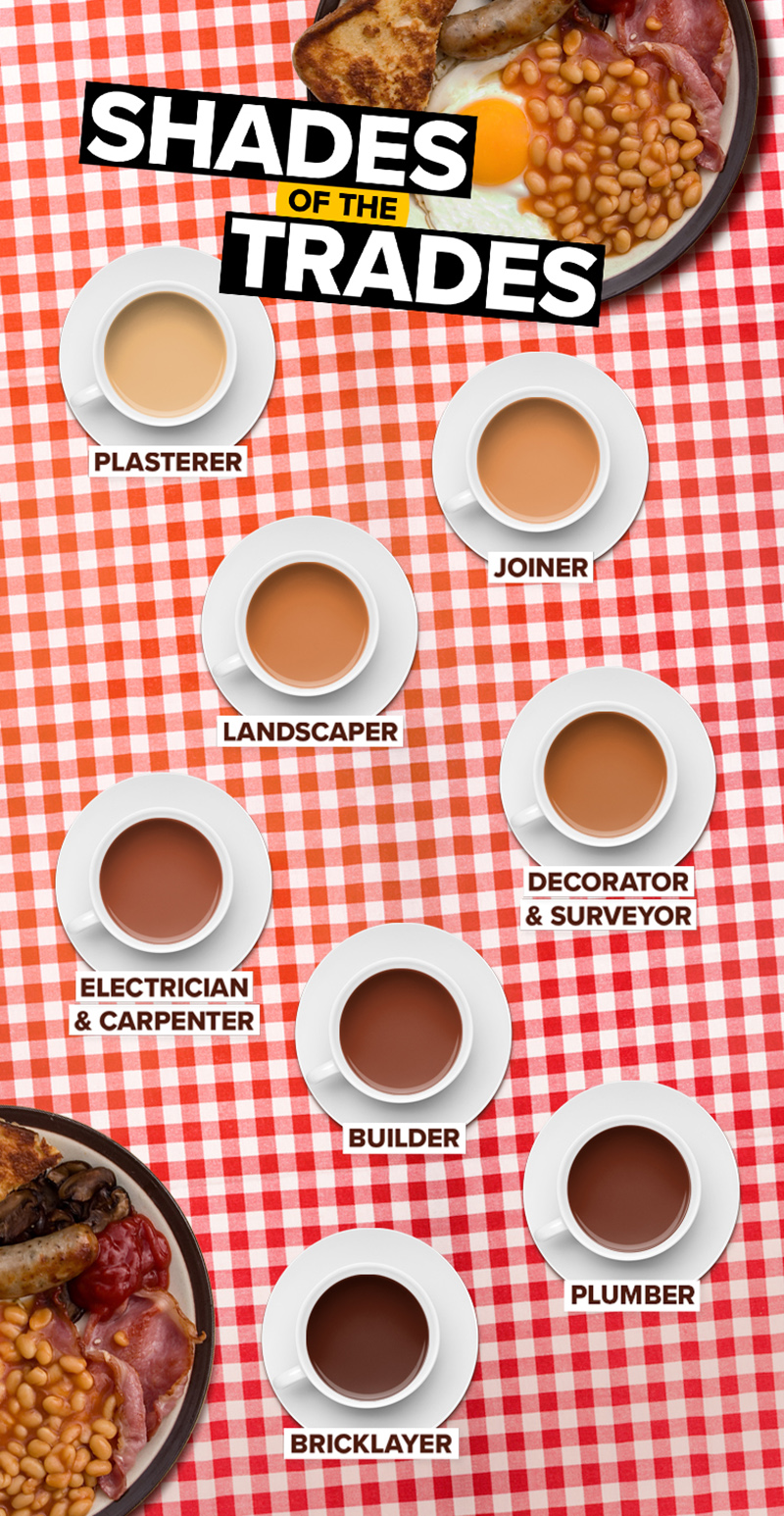