Howe Tools has conducted research which reveals the expectations of friends and family members of tradespeople.

It’s often an easy option for people to go to a friend or family member in a trade and ask for help. But discounts can make a job unprofitable. So, what are the true costs of mates rates and which trades do friends and family value most?

The most valued trade
41% of people would find an electrician the most helpful tradesperson to have as a friend or family member. Plumbers came in second, at 39%. 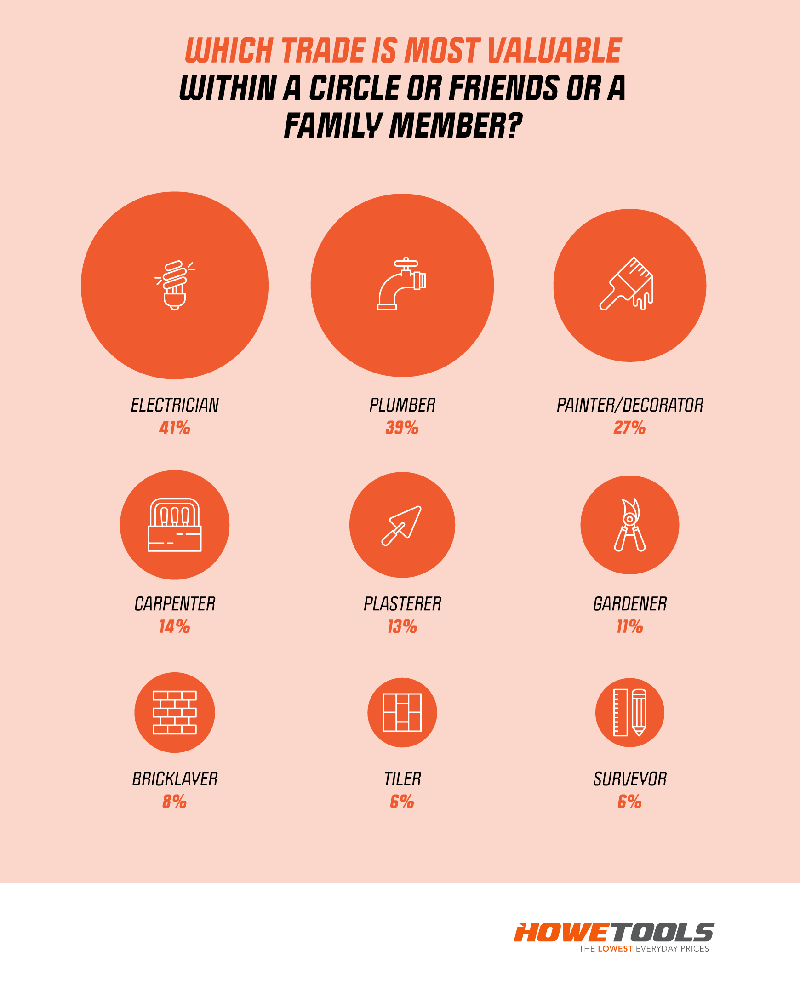 Discounts
In total, 81% of people surveyed expect discounts on work done by friends in a trade. This reveals that mates rates are a standard expectation when work is carried out, and suggests a pressure for tradespeople to provide discounts on a regular basis. 43% of people claimed they’d be annoyed if they didn’t receive a discount from a friend in a trade.

Does age make a difference?
The overall average expectation of mates rates is a 25% discount off trade work. People between 16 and 24 years of age expect the highest discount, at 33%, while those over 55 years old expect a lower discount at 20% off.

Are mates rates down to cost?
These expectations surrounding discounts could lead you to believe that trades work is priced higher than the average person can afford. However, the data reveals that income doesn’t exactly correlate with requiring a discount, as 44% of people earning over £55,000 would delay work without a discount, compared to only 24% of those earning under £15,000. This suggests lower earners feel less comfortable asking for mates rates and would rather pay full price for the work they have done.

Tim Howe, Managing Director at Howe Tools comments: “Success of a tradesperson can often come down to word of mouth, so it’s understandable why adding a discount here and there can be appealing in order to create more work. However, it’s a fine line between friends and family appreciating a discounted rate and coming to expect it.”

You can view the full findings of the survey here

Let us know your thoughts on mates rates on Twitter 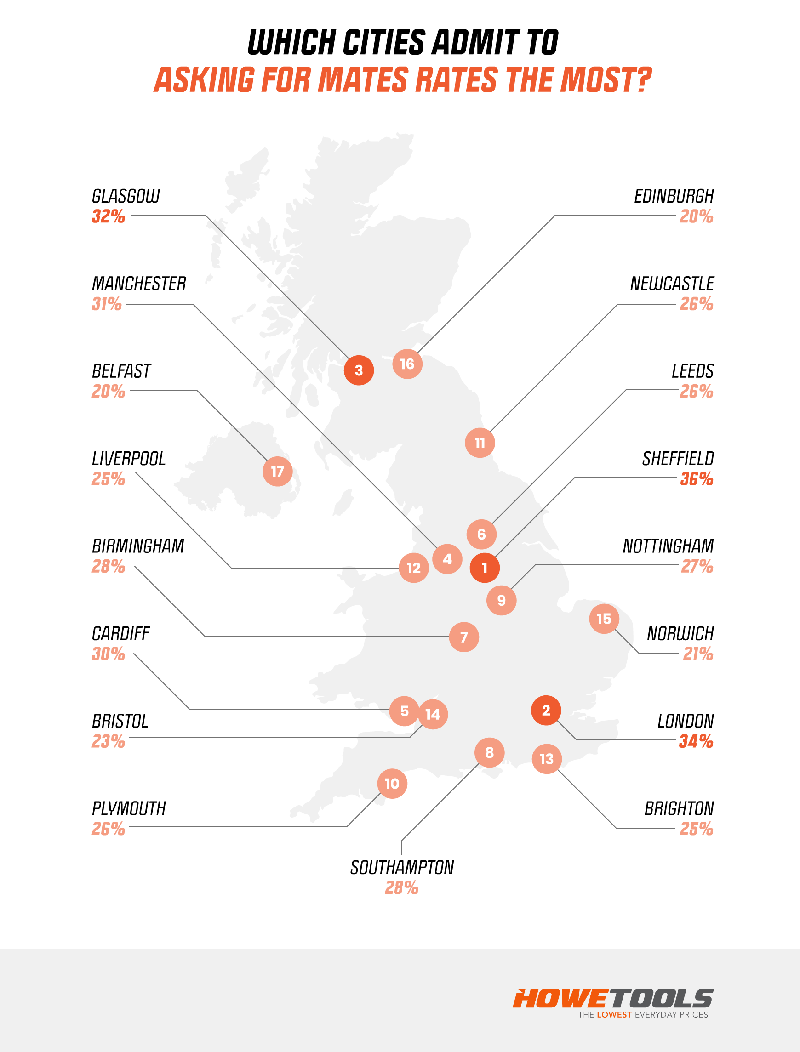