A new survey for Baxi has revealed that almost three quarters of Brits have never had a female tradesperson in their homes.

According to the study of over 1,000 homeowners, commissioned by Baxi to coincide with International Women in Engineering Day (23 June 2021), 94% said they would have complete trust in a qualified female tradesperson carrying out work in their home.

And while 65% of homeowners would like to have the choice of either a male or female heating engineer, plumber or electrician, 24% of women polled said they would feel safer if they had a female tradesperson doing the job.

Baxi’s survey highlights the fact that female tradespeople are well trusted, yet the lack of female representation in engineering roles is a known issue. The Engineering UK 2018 report revealed that just 12% of all engineers in the UK are women.

The research also found that 70% of homeowners would actively encourage a female relative to consider a career in engineering, a statistic the manufacturer welcomes as part of its ongoing commitment to improving diversity within the industry.

Baxi is working hard to improve the number of women engineers it employs and currently has an internal committee working on a wide-ranging plan to improve diversity. Measures have already been introduced, including featuring more images of female engineers in recruitment advertising.

Karen Boswell OBE, Managing Director of Baxi UK & Ireland, said: “Our survey confirms two things – that homeowners are very happy to see female plumbers and heating engineers, yet there remains a critical lack of tradeswomen. With the heating and hot water industry facing its biggest change since the introduction of the gas boiler, this would be an excellent time to improve female representation. With lots of exciting opportunities ahead in new low-carbon heat technologies, we will certainly be doing our bit to employ more women in engineering and management.”

Jess Queenan is a Baxi Customer Support Engineer, who has worked at Baxi Heating for two years. At 26, she has been a qualified gas engineer for six years. She says: “I have a career that I’m proud of and a wage that I’m proud of as well. It would be great to see more women getting into it… hopefully we’ll be breaking through some boundaries over the next few years and making [women engineers] the norm.”

Jess’s view is reinforced by independent heating engineer Rachel Griffiths, who said: “There’s not a single obstacle that I’ve come to as a woman plumber that I needed help with that I couldn’t do because of my gender.” And Sovay Berriman, another independent heating and plumbing engineer, added: “I would really, strongly encourage any woman to join the industry, give it a go.” 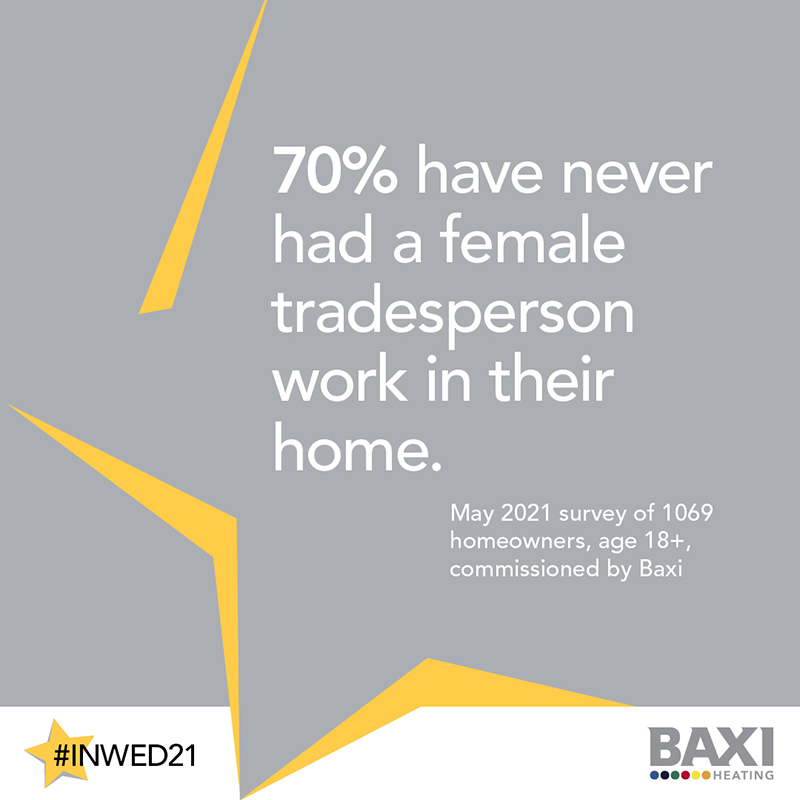