Aqualisa has announced that it is sponsoring the PBM Ducati British Superbike team for the 2020 season.

Defending Bennetts British Superbike champion Paul Bird Motorsport (PBM) got its season off to a high-flying start when it launched the 2020 livery from the plush and world-famous surroundings of The View from The Shard in London recently.

In keeping with its reputation as Britain’s most successful BSB team, which has now won a total of seven BSB titles and over 100 races, it chose Britain’s tallest building to unveil the factory-supported VisionTrack Ducatis to be ridden by Josh Brookes and Christian Iddon this season.

In front of celebrity and VIP guests and with the bright lights of London in the background, as well as the open-air Skydeck some 244m (800ft) above the capital’s streets, team owner Paul Bird welcomed sponsors both new and old to the exclusive event, the first of its kind to be held at the skyscraper.

The PBM Team is the most successful motorbike racing team of all time, and this year will carry Aqualisa branding on its race winning Ducatis, all its team wear, transporters, and pit garage surrounds. All races of the 12-round series will be televised live, including the one overseas round – from the famous Assen TT circuit in Holland.

Commenting on the deal to bring Aqualisa on board, PBM team owner Paul Bird said: “I am delighted to have the Aqualisa name associated with our team, especially a brand that so clearly stands for quality and innovation. Aqualisa will sit nicely alongside our Ducati pedigree.”

CEO of Aqualisa, Colin Sykes said: “We are really looking forward to supporting PBM Ducati and believe the connection with a team that has been at the top of the British Superbike Championship for many years, will prove to be an ideal platform for the promotion of our brand.”

Aqualisa will be running customer competitions throughout the year, with winners will receive full hospitality tickets as guests of the two-rider team, as well as having the opportunity to experience the inside workings of the team.

The season starts on the 12th April, with the first round being held at the home of British Motorsport, Silverstone. Prior to that, riders Josh Brookes and Christian Iddon will be testing in Spain. 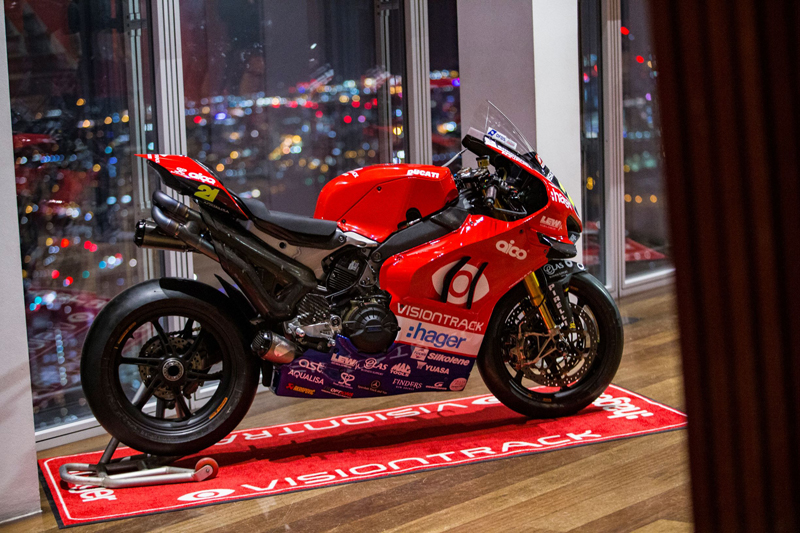