Roger Bisby looks at some products that could make a real difference to your kitchen and bathroom jobs.

I have spent a great deal of my working life fitting kitchens and bathrooms. In a way you have to be something of a masochist to specialise in this sort of work because they are technically demanding, and the customer is usually putting you under pressure to get the room back in some sort of working order. Fast track products have helped, but no sooner do you find the solution to one problem than another challenge arises. Still, as the saying goes, if it was easy everyone would be doing it.

Underfloor heating
Pretty much every kitchen and bathroom I do these days needs (or wants) underfloor heating. If you aren’t lifting the floor, low build options are the way forward. The more insulation you can get under the pipes or cables the better but a lot of customers are determined to have a warm floor even if it isn’t as efficient and economical as it could be.

Omnie Toron is a system I have used in a number of kitchens over the past few years. If you can get a clear run at the floor it is straightforward and can usually be done in a day. I don’t fit a great deal of electric underfloor heating in kitchens because it is more suitable for tile warm up rather than whole room heating. If you have a bathroom with a towel rail then electric underfloor heating is fine, but not if you are intending to use it as the sole source of heat. My favourite system is pipe in screed and that is what I recommend for extensions. The most common question I get from customers is: “What if it leaks?” My answer is simple. “It won’t leak.” The only way it will leak is if somebody drills through the pipe. With modern grab adhesives, it is rarely necessary to drill into a screed. 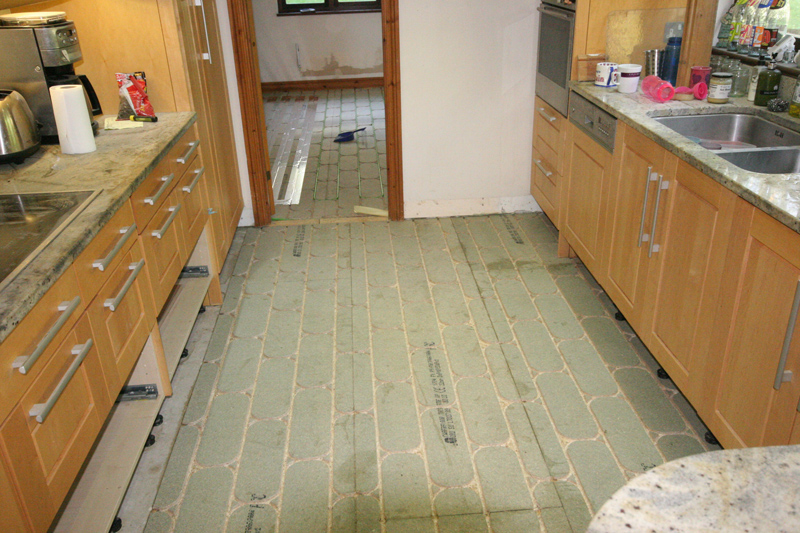 Laser levels
It is now hard to remember what we did before laser levels were invented. It wasn’t so much the invention but making them affordable that really moved them forward as a product. It is hard to imagine now but we were once happy and willing to spend £500 on a laser level, and very few of them were the self-levelling, all singing and dancing cross hair lasers we have now. Now you would only pay that for a green beam, and even those are coming down in price. However, as good as modern laser levels are, I can’t be the only person who still puts his six foot Stabila down on the units to check. Lasers can lose calibration, the same as anything, so it helps to lock the pendulum before you move it or put it back in the box. 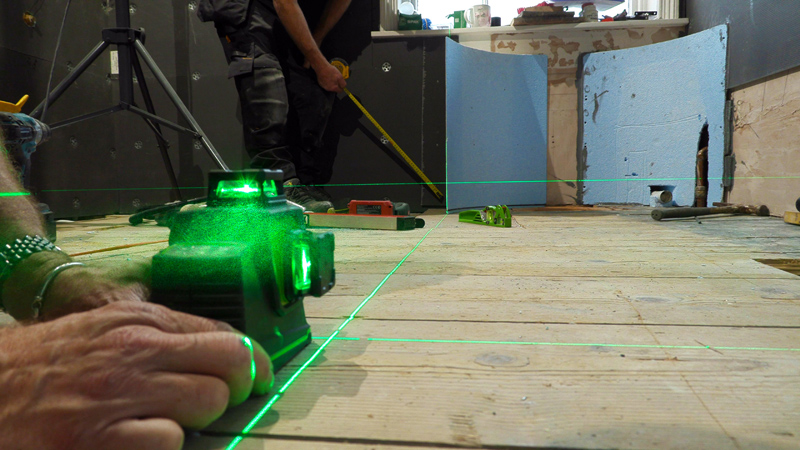 Power tools
When you are fitting kitchen and bathrooms you are not necessarily looking for the most powerful drill on the market. The far more important thing is finding something small enough to get into those small spaces. It also helps if you have a right angle and offset chuck. Milwaukee and Bosch both have 12V sets that fit this bill. I find they can tackle almost every job you throw at them. I draw the line at drilling into concrete but with the right bit, most brickwork is not a problem.

Another invaluable cordless tool is a compact reciprocating saw. Milwaukee, Makita and DeWalt all have good tools in this category and if you are running one of these battery platforms you can pick up a naked, body only reciprocating saw for very little money. 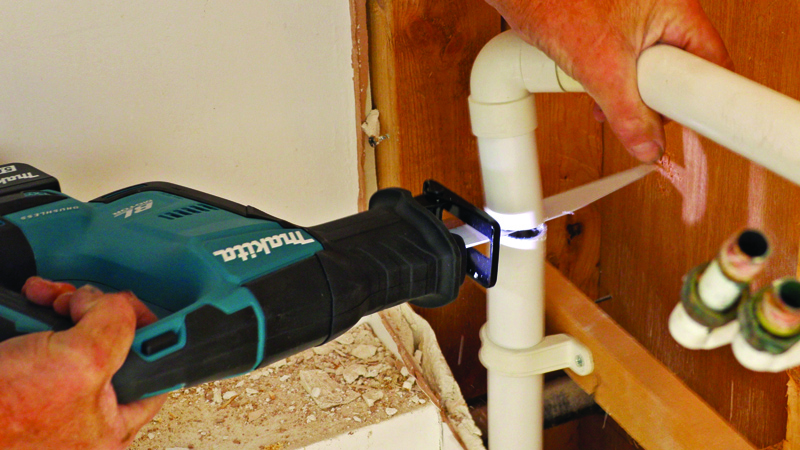 Floor laying
There are few areas of the building industry where preparation is as important as it is in floors. The key enemies are damp and movement. If you can eliminate both of those you have a fighting chance. If you can’t, remedying them after the floor is laid can be costly or impossible.

Fortunately, there is a lot of technical help out there from companies such as F Ball and Co, manufacturers of Setcrete.

Floor laying was once the preserve of specialist contractors and nothing slows a job down more than waiting on them. There is clearly a demand for plumber friendly products. Karndean now has three good options, none of which require adhesive and all of them can be laid on underfloor heating. 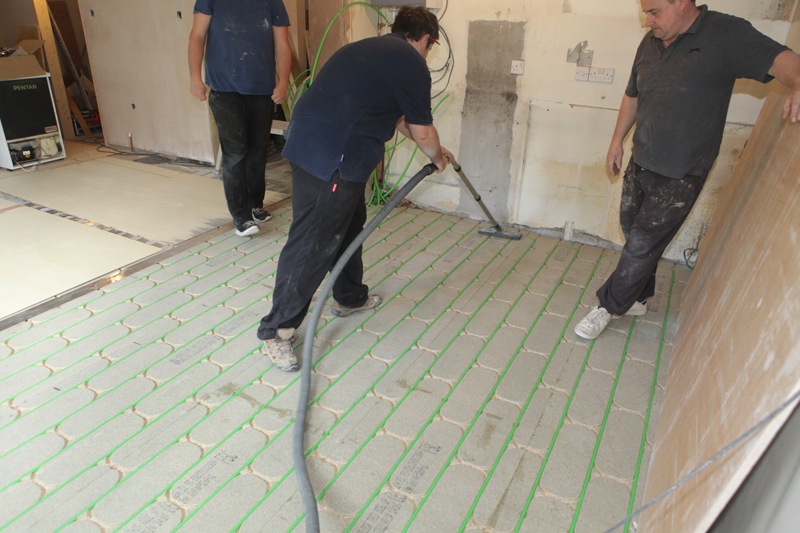 Tilebacking board
Back in the day when plumbers were still using plasterboard or marine plywood as a tileable surface we were singing the praises of specialist tile backing boards such as Wedi and Hardibacker.

Now, at long last the industry has caught on, so much so that the latest British Standard now calls for wet areas such as showers and baths to be tanked. It is also no longer acceptable to use timber boards as a surface for vertical tiling.

Not surprisingly, the number of products now available for tiling onto has grown exponentially and with that the price has come tumbling down. One day tile backing board will be almost the same price as plasterboard. Then there will be no excuse. 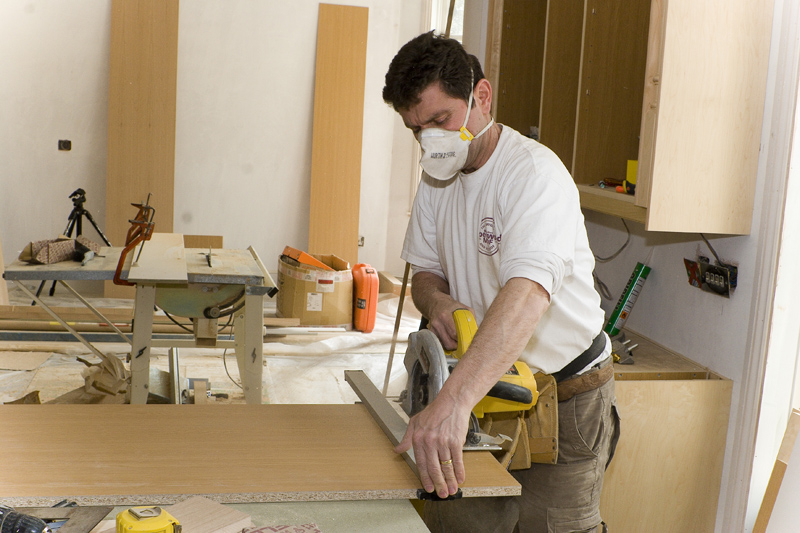