With so many different types of heating controls available on the market, Martyn Bridges, Director of Marketing and Technical Support at Worcester, Bosch Group, outlines different aspects to be considered when choosing the most appropriate control for each customer.

Despite sustained efforts to promote the many benefits of efficient heating controls – and the wide range of them available on the market – the latest figures estimate that there could still be as many as eight million homes without a room thermostat and over one million with nothing at all! This presents installers with ample opportunity to add to many of the heating systems they encounter with accessories that are not only highly efficient, but which are tailored to their customers’ individual requirements.

Internet-connected controls
For the tech-savvy, the energy-conscious, the flexible worker…
Often referred to as ‘smart’, the ability for a control to connect to the internet provides homeowners with a huge degree of flexibility, allowing them to change their heating system’s settings from wherever they might be. This makes them perfect both for those who are keen on acquiring the latest gadgets, as well as others whose working hours are perhaps less stable.

Perhaps most importantly, the best of these controls offer a large efficiency uplift even without interaction from homeowners, which makes them equally suited to those keen to save as much energy (or indeed money) as possible. They can achieve this in a variety of ways, from using live weather data (weather compensation) and keeping track of a boiler’s fuel usage (load compensation), to adapting its behaviour according to how a homeowner uses their heating system. 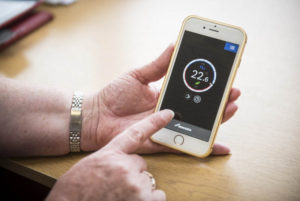 Intelligent controls
For the energy-bill conscious nine to fiver…
The good news is that ‘smart’ performance isn’t exclusive to controls with an internet connection. A number of straightforward plug-in controls also come equipped with weather and load compensation technology that allows them to learn how long it takes to heat up and cool down a home, and/or monitor external temperatures to maximise energy efficiency performance.

It is worth bearing in mind that the fact these controls are not internet-connected can even be a selling point for some homeowners. Whilst desiring the same efficiency benefits, these people may have more conventional working hours or may simply not be interested in altering their heating systems any more frequently than they need to.

Digital controls
For those with stable routines…
Digital controls, or programmers, provide a simple, on/off function that allows homeowners to set heating times that fit around their lifestyle and benefit from a seven day programming schedule.

Although these controls may not be an installer’s first port of call due to not offering the highest efficiency, they are a useful option for installers to have in their toolkit. Simple to install, this category of controls is best kept for those homeowners with a stable routine, out during the day at work and school and in at the weekend where a different timing programme will be needed.

The basics
For the most reluctant…
In the worst scenario, a homeowner may be reluctant to put their faith in any kind of digital control at all, and every installer will be familiar with numerous instances where a customer simply isn’t interested and wants the simplest and easiest to understand control he or she can get.

A mechanical timer and a room thermostat is the minimum set of controls permissible by the Building Regulations and, whilst they won’t offer the same functionality as others, they do at least offer some level of control over a heating system. Fortunately, with the Heat in Buildings consultation looking to implement higher standards for new boiler installations, 2016 could be the start of a new age of efficiency in this regard. 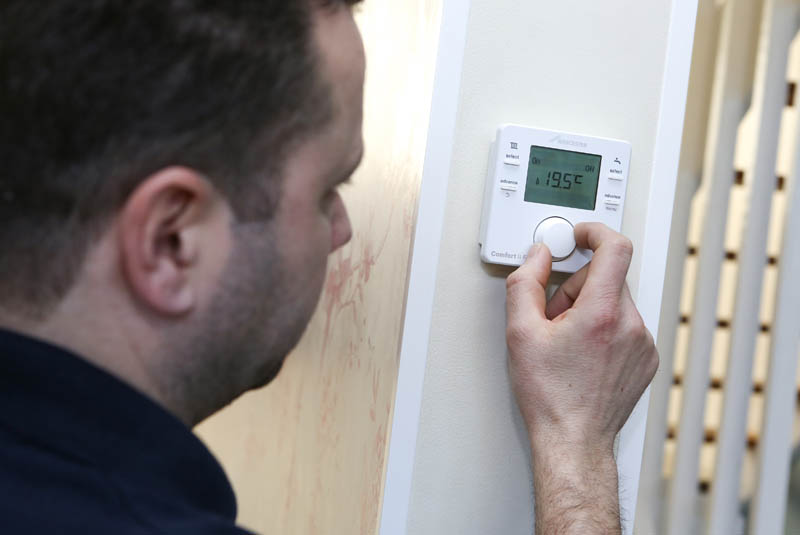 Views from the industry
Richard Griffiths, Blackwell Plumbing & Heating in Darlington: “It’s normally tech-savvy people that want a smart control, but they’re great for anyone who’s out and about quite a lot. If you’re going to be home late from work, you can change the pre-set time and temperature on an app, which will ultimately save money.”

Jason O’Connell, JP Plumbing & Gas Heating Services in Warwick: “A lot of people go for smart controls nowadays, but there are others that are simple yet effective and still offer efficiency benefits. They’re particularly good for the elderly, who might be reluctant to go for internet-connected controls. Once you’ve shown them through the interface a few times, they realise how easy the controls are to use.”

Eddie Carr, EC Plumbing & Maintenance, Preston: “There are a quite a few interesting uses for internet-connected controls that I’ve noticed. They’re perfect for people with holiday homes, because they can turn the heating on when the temperature drops even if they’re not there. Likewise, they’re great for people who have elderly parents living alone – you can make sure they stay warm even if the parents are reluctant to put the heating on themselves.”