The Gas Chat Tour is in full swing, travelling from Land’s End to John O’ Groats carrying out free boiler installations in exchange for charity donations. The first installation took place at the end of January in St. Columb Major, Cornwall. We caught up with Allen Hart – whose daughter Laura sadly lost her battle with a rare form of cancer in 2007 at the age of three – to find out more about the tour and how installers can get involved. 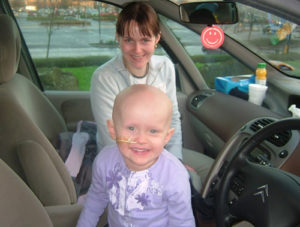 “I wanted to volunteer to help Candlelighters as they had helped us when Laura was ill,” says Allen. “First of all I was going to go and help them one day per week but then I thought I could earn much more by just doing my job, so I started donating one day a week of my time doing boiler services and donating all the money. I didn’t tell anyone but my wife told Candlelighters what I was doing so they asked me to set up a JustGiving page so people could donate directly if they wanted to.

“Things moved on from there and I started doing boiler installs as well. First of all I funded them fully and I paid for the boilers; all the money went to Candlelighters. I couldn’t keep doing this as I couldn’t afford it, so I asked my Baxi rep if he would donate a boiler and he did. Then I asked the Ideal rep and so on until I had done quite a few – all of this by myself with no help.

“One of my friends saw what I was doing and publicised it online. Suddenly I had loads of people offering to help. So we started doing installs as a group. People across the country saw what we were doing and asked if they could help so I thought why not go to them and do installations.

“In 2006, I did John O’ Groats to Land’s End on a quad bike to raise money and thought why not do the final journey, the journey back home to my family.

“I have been doing charity work constantly for 11 years. It’s also 10 years this year since Laura died. I asked a few companies if they wanted to support the final journey and the #GasChatTour was born. 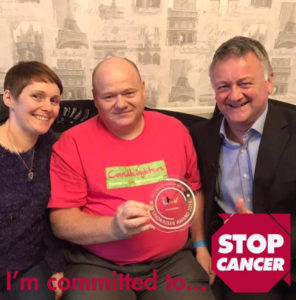 In order to be able to complete each charity installation, Allen (who won a Pride of Britain award in 2016) relies on donations from manufacturers, plus local installers giving their time for free. Ariston has donated 14 new E-Combi evo boilers to the charity, complete with 8-year warranties and Ariston NET controls. Other companies lending their support include Fernox – supplying magnetic filters and chemicals – Expert Trades and Monument Tools.

Get involved
If you’d like to get involved in helping out with the installations, this is your chance. Allen explains: “What we do is asked gas engineers to donate a fully paying job. The customer pays in full and all the money goes to Candlelighters. We provide all the materials, the tour is fully funded. Around that we get donations to help grow the target.”